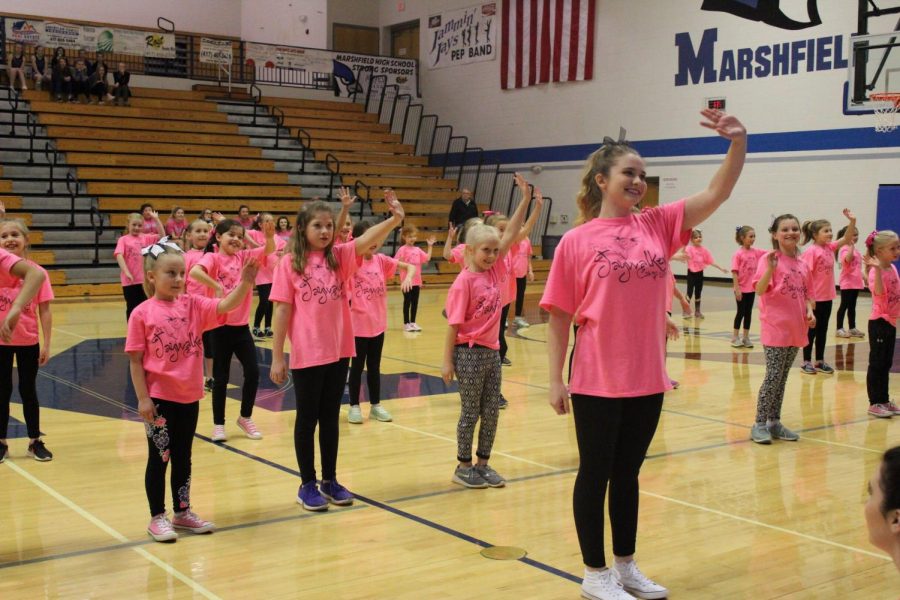 The Mini Jaywalkers preform during halftime.

The JV team beat the Lady Lakers without any trouble. The team finished the year off with a good game. They took off with the lead after well earned baskets. Freshman Grace Clark said, “That was one of our toughest games and we came out with a well earned win because of our positive attitudes from the start.”

The varsity girls struggled throughout the game. The first half was the better part of the game for the Lady Jays. They kept the game close during the first two quarters of the game by scoring basket after basket and keeping the game clean with few turnovers.

After halftime is when the struggles really hurt the Lady Jays, as the Lady Lakers ran off with the lead. Consecutive turnovers and bad team play led to the team’s poor play. The Lady Jays settled for unopened shots and played poor defensively. After giving up a barrage of threes, they never got back into striking distance. Freshman, Baylee Cottengim said, “We played really poorly and gave a lot of open shots to them and that ended up hurting us.”