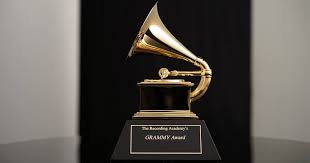 On Sunday, February 10, the 61st annual Grammys event premiered. The Grammys is an award show put together to reward music artists for their best records of the year. Some of the biggest names from the awards include rapper Cardi B, who took home the award for Best Rap Album and Donald Glover, also known as Childish Gambino, who took home the award for Record of the Year, as well as Song of the Year, with the song “This is America.”

Probably one of the biggest rewards of the night was Rap Song of the Year. Rapper Aubrey Graham a.k.a Drake, took home the award with the song “God’s Plan.” During his award speech he said,  “If you have people with regular jobs spending their hard earned money to go see you at concerts, you don’t need this reward, you already won.”