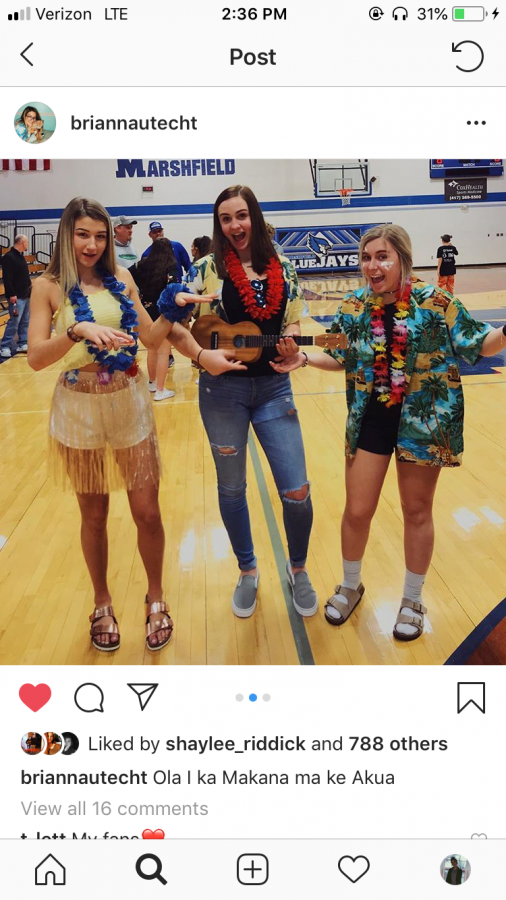 Another big moment was in the third quarter. Marshfield was ahead, but not by much. Senior Triston Letterman had the ball and was running down the court. He had a wide open shot and went for a dunk. Letterman made it and the crowd went crazy.

Loud crowds theme was all about the beach. Everybody dressed in their Hawaiian shirts, shorts, flip flops and sunglasses. They were ready to cheer their team to victory. They were on their feet chanting and screaming the whole game!

The game was super close but towards the end Marshfield stepped their game up. The game could’ve gone either way but Marshfield was determined to win. Freshman Peyton McBride stated that, “I think the game went pretty good, we played good and kept our head in the game.”